Consultation to increase the pupil admission number at The Rise School 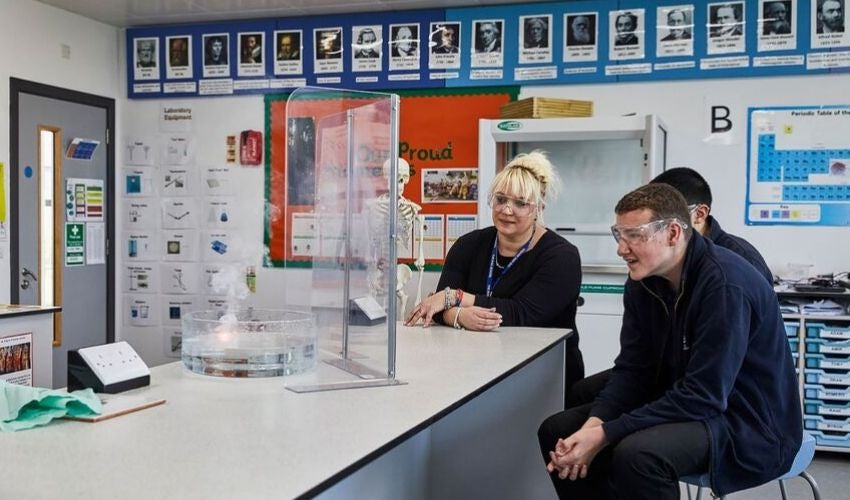 The Rise School is consulting on plans to increase the number of school places it can provide.

Set up five years ago by the Ambitious about Autism Schools Trust, the school has continued to grow and now has a vibrant learning community of over 100 pupils.

Under the proposals, pupil numbers would increase from 105 currently to 130 pupils in September 2020.

Helen Ralston, Head of The Rise School, said: “We receive a huge number of applications for The Rise School every year, by increasing capacity we can provide more autistic children and young people access to our purposeful school community in which they will thrive socially and academically.”

This September, The Rise School opened a brand new sixth form provision at West Thames College. A number of pupils from the school have transferred to continue their learning at The Rise Sixth Form. This has enabled the school to cater for an increase in pupil numbers.

Public consultation
The Ambitious about Autism Schools Trust is holding a seven-week consultation on the proposal to ensure parents and carers feel supported and engaged. Feedback is encouraged as this will inform the business case which will be submitted to the Department of Education in November 2019.

The consultation period is now closed. Our consultation ran over seven weeks from Monday 16 September 2019 to Monday 4 November 2019. All views and comments received have been taken into account and we thank those who contributed.

We will update parents and stakeholders in due course.

Special requirements
Should you to require reasonable adjustments, including help understanding this information or would like to request a hard copy of the Frequently Asked Questions or Consultation Presentation, you can email consultation@ambitiousaboutautism.org.uk or alternatively call on 020 8815 5151 (ext. 257).

Frequently Asked Questions (FAQs)
All FAQs regarding the proposal will be published below and updated periodically throughout the consultation period. If your question has not been answered please get in touch.

All responses may be used in summary with personal details removed to respect individual privacy.

Would the age range of The Rise be increased with the increased number of places?

Would class sizes increase as a result of an increased pupil numbers?

No. The class sizes would remain the same. To support the increased pupil numbers additional staff would likely be recruited to The Rise Sixth Form based at West Thames campus.

Would the number of pupils at The Rise School site in Feltham increase with the increase in the pupil admissions number (PAN)?

No. The number of pupils based at The Rise School site in Feltham will remain at the maximum of 100 places.

Would the staff to pupil ratio in the classroom change?

No. The current ratio will remain the same at 8-10 pupils being supported by three staff members (1 teacher and 2 teaching assistants).

Is the pupil admissions number (PAN) inclusive of The Rise School and The Rise Sixth Form?

Yes. The PAN is the total number of pupils who can be admitted to The Rise, both The Rise School site in Feltham and The Rise Sixth Form campus at West Thames.

If the number of pupils at the Rise School site in Feltham is increased, will consideration be given to the space of the social and play area spaces?

However, with any new pupil, the school considers the needs of the new pupil and the wider school in relation to being able to meet all pupils’ needs. This includes consideration given to social and play area spaces.

What is the environmental provision for the Sixth Form campus at West Thames?

The Sixth Form provision at West Thames College comprises of:

In addition, the pupils can access facilities across the wider West Thames College campus such as the cafeteria, the gym, the basketball courts and the outdoor spaces. There would be a maximum of 35 pupils based at The Rise Sixth Form campus.

Prospectus
Read our latest prospectus and find out what we offer pupils and families.
download